The problem of punishment in early Tibetan law

By adopting Buddhism Tibetans adopted a jurisprudential problem: how were they to account for the use of physical punishments? This problem had already troubled Indic writers, who had developed different approaches to the role of the good Buddhist king, the cakravartin. As Zimmerman (2006) has described, these involved an extreme position, whereby it was said to be impossible to be a good Buddhist king; there was a theory of compassionate punishment, which advocated the avoidance of physical penalties, in favour of rehabilitation; and there was a pragmatic position that largely ignored the problem. Indic Buddhist texts translated into Tibetan, such as Nagarjuna’s Precious Garland, fell into the second category and made it clear that a Buddhist king should not mete out harsh physical punishments.

Initially, this issue does not seem to have troubled Tibetan writers (see my earlier blog post). However, in the ninth and tenth centuries, as the structures of the empire began to crumble, writers began to construct more elaborate accounts of the Tibetan polity and this meant re-presenting the early emperors as Buddhist kings. In these histories we see the development of a distinctly Tibetan approach to the problem of punishment, which had the kings enacting horrific punishments on emanated people, in order to frighten their subjects into good behaviour. These ideas can be traced through distinct—and not entirely consistent—stands in four histories. 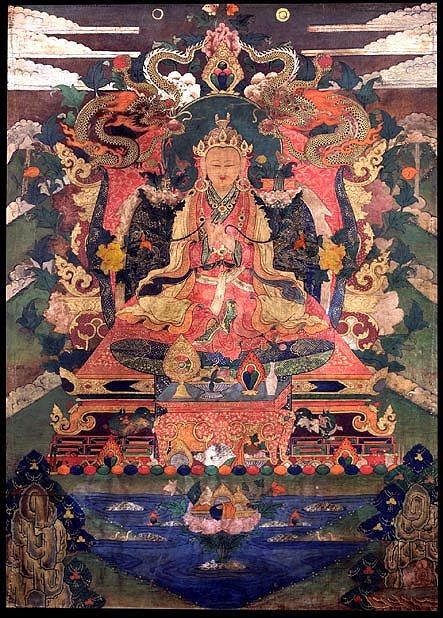 In the dBa’ bzhed, which probably dates to the 11th century, Songtsen Gampo is described as making laws on the basis of the ten Buddhist virtues. These involve compensation payments for killing and stealing, and mutilation punishments for sexual misconduct. We can assume that this must have reflected the penalties being imposed in at least some parts of contemporary Tibet. However, the same text also describes the later king Tri Song Detsen forbidding death and mutilation penalties. Thereafter, in Nyang ral’s Me tog snying po sbrang rtsi’i bcud and the Ma ņi bka’ ’bum (both compiled in the 12th century) Songtsen Gampo’s laws are presented as involving fines, but not mutilation. The fact of punishment is, in effect, denied.

Another strand is found in the tale of the Khotanese monks, who visit Tibet searching for ’Phags pa sPyan ras gzigs. They find a land strewn with executed and mutilated bodies and lose their faith, until they are confronted by the king, who reveals himself to be the deity. In the dBa’ bzhed this is enough to restore their faith, but in the versions of the bKa’ chems ka khol ma (also 12th century) and by Nyang ral, the novice monks question the king, who explains that these punishments have been meted out on emanations simply to frighten people. The problem of punishment has been pushed into another realm (see further Mills 2011)

A related account emerges in a rather obscure passage in the bKa’ chems ka khol ma. After Songtsen Gampo has resolved to pin down the demoness by building the temple at Lhasa, he manifests 5,000 emanations. Of these, at least one thousand are unruly and need to be tamed through physical punishments, which the text describes in some detail. The Ma ņi bka’ ’bum has two passages that describe Songtsen Gampo and his queens presiding over punishments: in one case they are meted out by one thousand emanations, and in the other they are imposed on emanations, at a cliff outside Lhasa. 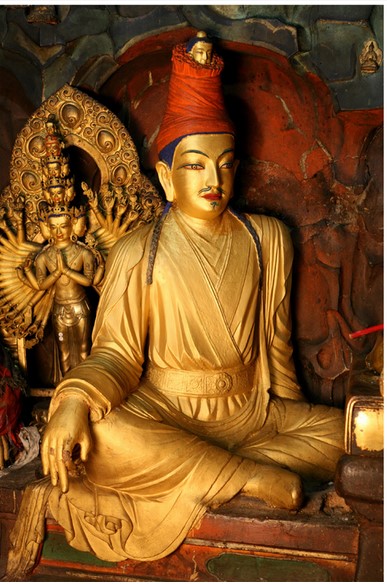 In these later texts, Songtsen Gampo no longer orders mutilation penalties, but the narratives do not abandon the idea of physical punishment altogether. If anything, the description of these punishments becomes more gruesome. It is just that they are now illusory.

Why did Tibetan writers not follow the Indic example of abandoning physical penalties in favour of compassion and rehabilitation? In another passage in the bKa’ chems ka khol ma, Songtsen Gampo complains that his subjects’ intellect does not lean towards religious knowledge, and that they are not be suitable for religious training. However, they can, he says, be tamed by his religious and royal laws. Similarly, the Ma ņi bka’ ’bum recounts that:

At the age of thirteen, the emanation prince formed a resolution: ‘Now, this snowy kingdom must be civilized through the dharma. Since people born here are children of the father monkey and mother rock ogress, belonging to the class of animals, they are uncivilized; they must be tamed by being punished severely, using harsh methods. For that, a very powerful man is needed.’

The relationship between ruler and subjects is here presented as one based on discipline and violence, not compassion, exhortation, and example. Harsh punishment is, that is, intrinsic to the political theory being developed by these writers.

Of course, this left Tibetan rulers with something of a problem. It is not surprising that the Tshal pa Lama Zhang (1122–1193)—who felt he needed to use considerable violence to secure his dominions—should have had trouble justifying his activities as a ruler (Yamomoto 2015). 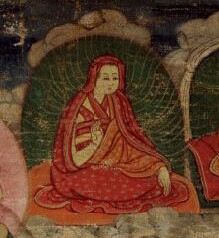 It was a problem with which Tibetans continued to wrestle for centuries to come.

Mills, Martin. 2012. Ritual as History in Tibetan Divine Kingship: Notes on the Myth of the Khotanese Monks. History of Religions 51: 219–20.